Castlevania – Review of the fourth season of the Netflix series 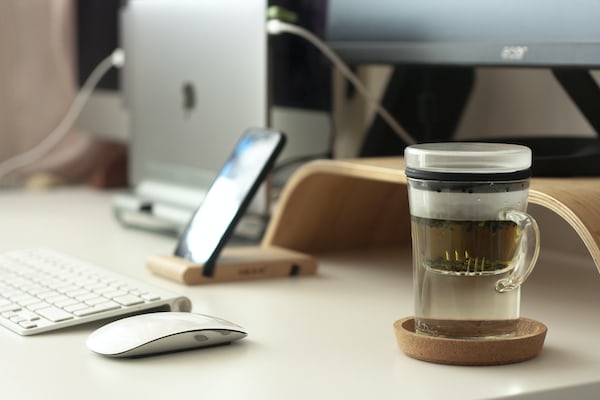 Castlevania – Review of the fourth season of the Netflix series

After a long wait, here is the review of the fourth season of Castlevania, which will close the circle on the fury of Dracula in Wallachia.

We have finally reached the end of this story as well. The animated series produced by Netflix which has as its protagonist Trevor Belmont, in fact, it will end, as it was a bit obvious to predict, with this season, putting firm points to all the various stories and subplots that have opened with the various characters in the game, and closing the circle started by the unleashing of the fury from Dracula. Obviously we will not do any spoilers, but we will only give our general impressions on the episodes. So here is our review on the fourth season of Castlevania.

The world after the fall of the monarch

On a story level, with this review we can say that the fourth season of Castlevania has enough of us satisfied. It manages to close practically all the subplots that had been created over time, also showing a good one evolution of the characters and their personalities, which we really appreciated. First among all Alucard: after the death of his father by his hand he suddenly finds himself alone, he no longer has any parent, nor a real friend by his side, and his hybrid nature makes him feel quite unsuitable for the reality of Wallachia. This season, however, he will find a reason to get up and find his place in the world, thanks also to the meeting of two characters, who will ask for his help, one of which is Saint Germain, which finally in these episodes will reveal itself and will clarify all its intentions until now remained mysterious.

There will also be a great maturation Isaac, in fact after the removal from the castle due to Dracula in person, the blacksmith finds himself wandering without a precise destination, until, disoriented and confused, he realizes that there is also another way of living and seeing things. Then he will roll up his sleeves and, thanks to his powers, a real one will begin war march towards those he believes should be punished, but it will not be something purely bloodthirsty. In fact you will notice the enormous moral development of the character also from the way in which he will treat the various cities that he will gradually meet on his path, leading him to be a much deeper person than the simple devoted worker that transpired in previous seasons. Much more basic, however, is the continuation of the lives of the other magical blacksmith, Hector, and the duo formed by Trevor and Sypha.

Hector in fact, unlike his colleague, he knows very well what he wants to do after Dracula’s fall. He was imprisoned in the palace of Carmilla, his only goal will be to all the time escape and regain possession of one’s freedom. A task that, although simple on paper, will not be at all easy to implement since the latter does not trust him at all and will constantly keep an eye on him. But an important card on resolving this internal conflict will be played by Lenore. The young vampire in fact will be continually divided by a great one moral dilemma: although he loves Carmilla and continues to follow her, he will begin to no longer believe much in her bloody plan of indiscriminate conquest; in addition, an ever-increasing interest in the human prisoner will continue to keep her on edge about what to do.

The protagonist couple formed by Trevor And Syphainstead, after Dracula’s death he still finds himself wandering in one Wallachia immersed in total chaos, where now there is an air of despair caused by the lack of a strong power that can keep her together. The two thought that after killing the vampire lord they could breathe a sigh of relief and start living a much calmer life, but they won’t. In fact, not only will they have to deal with hordes of demons who will attack them daily and requests for help from other cities that will try to maintain a useless hierarchy, but they will also be faced with monsters intent on bring Dracula back to life in every way, going to effectively cancel all their efforts so far.

Final conclusions on the fourth season of Castlevania

Despite not having the same bite as the third, this fourth season still manages to entertain and create a final plot for almost all the main characters, while leaving some doors open to the future that will probably be exploited for the series. spin off which has already been rumored online. Also thanks to the fights and action scenes that, despite the fact that 4 seasons have already passed, continue to excite and be shot really well, managing to keep the viewer glued to the screen. Small negative note, however, concerns a bit of dead times or excessively verbose that we noticed, maybe the season could have lasted an episode less by cutting them, but still nothing too serious.

In conclusion of the review, we can say that the fourth season of Castlevania is an excellent closing of the story of Dracula’s fury over Wallachia that manages to demonstrate not only that Western animation can assert itself and rival the Eastern one even in more action contexts, but that a work deriving from a video game can also be excellent e do not betray expectations of the original title; fortunately taking his time to better manage the final phase and managing to keep himself qualitatively constant even after all this time. Now all that remains is to see what the authors intend to create for the planned spin-off series. Recall that Castlevania season 4 will be available from May 13 on Netflix; will you look at it?