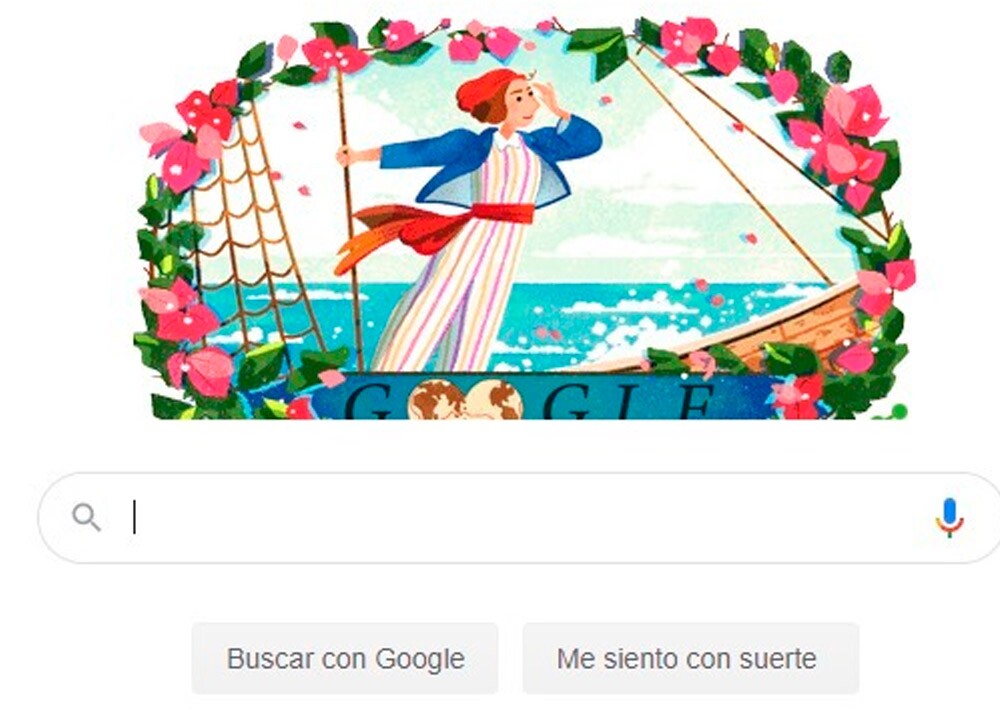 Google honors Jeanne Baret, the botanist who went around the world

The French woman had to pass herself off as a man in order to travel on a world expedition in 1756.

The Google doodle, the search engine logo, pays tribute to Jeanne Baret, the first female botanist to go around the world registering plants, who had to fight in her time with the harsh stigmatization of women in science.

Baret began working at the age of 20 with the famous botanist Philibert Commerson, who five years later was invited to be part of an ambitious European expedition around the world. Jeane Baret had to pretend to be a man in order to travel, because at that time French laws prohibited women from embarking on ships of the official navy.

There were more than 6,000 different plants that Baret and Commerson investigated and registered in their scientific log for three years, while passing through Brazil. Magellan, Tahiti, Madagascar and Mauritius, among other places.

It was precisely in Mauritius where they forced her to disembark, after being discovered. Baret had to work in a canteen to survive, while the biologist Commerson died there.

It was until 1774, after marrying a French naval officer, that Baret managed to return to his country, completing not only the trip around the world, but also taking with him the samples of the entire botanical expedition that he carried out., within which 3,000 new plant species were recorded for the time.