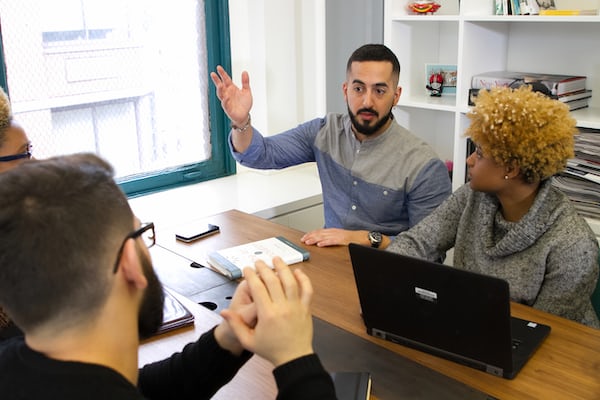 There is a general belief that for a DLC to be attractive, it has to consist of completely new content that seeks to expand the gaming experience of the main title, always offering totally unpublished material that complements what has already been seen or, failing that, , that allows to appreciate a different perspective and according to the main story. However, there are some cases in which the developers, although they try to follow this line, resort to ideas previously addressed to take them up again, work on them and mold them in such a way that they let us know a never-before-seen face of that which could be familiar to many.

A clear example of the above is The Elder Scrolls Online, the MMORPG within the famous Bethesda and ZeniMax Online Studios franchise and which, as it consists of a game located within the immense fictional continent of Tamriel, takes its players to explore various regions both new and others that have already been visited previously within previous installments of the series (although of course, within another “historical” era). Now and as part of their program in which they seek to launch new content on a quarterly basis in order to keep the title experience fresh, the studios bring us a new DLC in which we will travel to a location that we have not been to in more than 24 years. This is ESO: Summerset, an expansion located within the homonymous island located to the southwest of the map and which we were able to test a few days ago within a special event.

The Elder Scrolls Online: Summerset will be an expansion that, as its name indicates, will take place entirely within the huge island that we originally met in The Elder Scrolls: Arena, back in 1994. However, compared to that time, our adventure will be much more robust and profound because, thanks to the progress that has been made in terms of development in the last two decades, we will now be allowed to know in greater detail that region that we barely knew anything about, as well as some completely new parts that until now they were kept secret.

As expected, the expansion will not only consist of the mere addition of the region in question since it will be accompanied by a small premise that goes along with the story that has been unfolding in the game for almost four years. On this occasion and by decree of Queen Ayrenn, the borders of Summerset Island have been opened to foreigners. Although this prostrates itself as a great opportunity to get to know the home of the Altmer (high elves), we will soon discover that such a decision will lead to the emergence of a new Daedrian threat that is brewing from the shadows and which we will have to face with some new familiar characters and faces such as the cunning and loyal Razum Dar.

The story of Summerset will give rise to more than 30 hours of additional gameplay in which we will discover all the secrets that lie within this enigmatic area. But if we add to that that the island consists of one of the most extensive regions that have been seen in the title since the expansion also contemplates the areas of Auridon and Arteum – the latter being a completely new area and hidden home of the order of the Psijic – then we are faced with a package with the potential to further extend the dwell time.

During my time with the test version of the expansion, I was able to explore little of Summerset, barely one of its most important cities or a dungeon, as well as areas of interest such as a beach or even a zoo, obviously. all of them with missions that I was able to do a couple of. To tell you the truth, I would have loved to play with it more, but what I could see was enough to realize the great dimension of this new map, as well as all the effort that has been made to include attractive locations.

I have to clarify that the version I played of the expansion was a test version that was still in development and that, for the same reason, it still exposed some unfinished materials and assets or with strange behavior; voices of characters with a robotic style, elements that appeared on the screen out of nowhere, or slight bugs that made my character move in a strange way to mention a few cases. Obviously these are details that the ZeniMax team is already working on to correct and leave as polished as possible for the time of Summerset’s release, so I think fans shouldn’t worry unnecessarily about things like, I’m sure , will have been fixed in the final version.

Regarding the missions and for what I already said about the time I played, there were few that I was able to carry out and they all had relatively simple objectives (and why not, with a fairly low level of difficulty). Seen in a general way, I can say that they had their own game profile and did not offer anything new beyond their background. However, this is not something negative since they will follow a pattern that will be very familiar to more veteran users and with a suitable approach for players who are just starting out.

Speaking of the types of players, during the test session I was informed that the expansion is intended for both returning users and newbies, and even those who for one reason or another stopped playing The Elder Scrolls Online; wow, for everyone. Of course, that everything is like this is due to the material that is aimed at each type of player.

Starting with the veterans and beyond the region itself, users will find among the most important new features the addition of a new line of powerful magical abilities derived from the Psijic Order, one of the most enigmatic groups within the TES universe and from which the students and practitioners of sorcery are believed to have sprung. Obviously all of these will further expand the range of combat strategies that players can adopt with their wizard characters and provide them with more challenges to master.

Another important addition will be the ability to create jewelry in the same way we currently do with weapons and equipment items. This was one of the most requested features by players and one that they will finally be able to try by forging their own jewels with which they will not only further customize their avatars but also give them new abilities and powers that will be of great help to them. on your adventures.

In addition to these, Summerset will include a new set of missions, challenges, activities or group events with a high level of difficulty. Precisely within the latter will be found Cloudrest (a new challenge for up to 12 PvE-type players) or the Abyssal Geysers of which, unfortunately, no further details were given. All these, together with the aforementioned, promise to give players plenty of reasons to continue exploring the extensive Tamriel region and generating new experiences.

But as I explained, the expansion also has something in mind for people who have wanted to get into The Elder Scrolls but haven’t until now. In the first instance, it has a starting tutorial in which all the bases of the game will be taught, including the new ones that are included in Summerset, in a practical and quick way. Next to it there will also be a specially designed area where they can put into practice everything they have learned until they master it. Last but not least, all content released to date is unlocked, which translates into hundreds of hours of play available from the start.

The Elder Scrolls Online: Summerset will go on sale next June 5 both on PS4 and Xbox One as well as on PC and Mac. At the time of its release, the expansion will be sold both as an individual update for all those who already have the game base (and which also contains the Morrowind expansion), as well as through a collector’s version that includes the main title with all its DLC and some pre-sale digital gifts. It should be noted that this will have both a downloadable and a physical version, the latter being a package that also includes several collectible items.

Whether you’re a seasoned warrior or someone just starting out, The Elder Scrolls Online: Summerset promises to be a DLC that will catch everyone who gives it a chance.