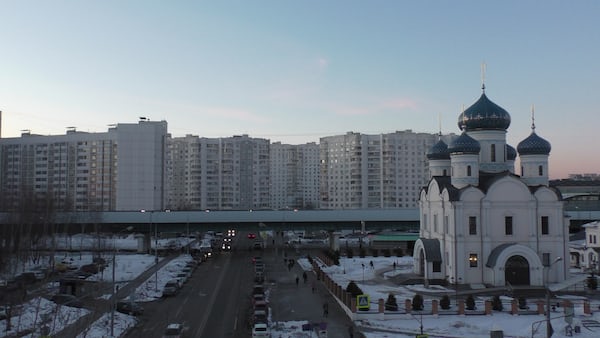 Starting an online game today is a monumental job. Unlike other types of titles, which are released, receive a couple of updates over the course of a year and their cycle ends, MMORPGs may never end. Whoever decides to enter these virtual worlds is a brave man who deserves recognition. Although Final Fantasy XIV and World of Warcraft may be the first choices for many people, Bethesda and ZeniMax Online have constantly striven to make The Elder Scrolls Online a worthy virtual world for all fans of this saga, and with Greymoor, its next expansion, continue their hard work.

2020 marks the sixth anniversary of The Elder Scrolls Online. While it wasn’t initially warmly received, over the years it’s changed enough to have a healthy fan base, who look forward to every new update and expansion, and in a couple of months they’ll be able to enjoy Greymoor.

Before Greymoor gives all fans of this MMO the opportunity to visit the west of Skyrim next May 18 for PC and Mac, and for PlayStation 4 and Xbox One on June 2, I had the opportunity to try a preview, which showed me some of the story and gameplay updates that are on the way. First of all, one point must be made clear, the version of Greymoor that I experienced was still in a state of development, so part of my experience was not the best nor the one that will reach users, although this refers more to some technical aspects, which will not be present in the final release, in the same way, much of what I experienced may change in the future.

the dark side of skyrim

Greymoor represents the second chapter in a narrative that plans to tell The Elder Scrolls Online over the course of a year. The previous DLC, known as Harrowstorm, was the introduction to The Dark Heart of Skyrim, a story focused on more gothic aspects, on witches, werewolves and vampires in the world of Tamriel. While the previous expansion had a greater emphasis on PvP aspects and witches, Greymoor finally gives us a true look at this dark story and gives vampires more weight, both in the narrative and in the gameplay.

Things are not looking good in western Skyrim. Not only are they dealing with a clash against the east, but strange red portals have appeared in the sky and people are mysteriously disappearing. It will be our task to investigate these events, which will lead us to travel to all corners of this region and make friends with all kinds of beings on our way, from a fairly formal vampire, to a half-human-half-giant warrior.

As is customary with these types of games, exploration and player decision take greater emphasis. Although the important points of the story will always be carried out in the same way, the actions you take can modify the way in which you arrive at a certain outcome. From small talk, to clashes with certain enemies, your choice can dictate your reputation in certain towns or relationships with other characters.

The most interesting thing about this expansion is that you will be able to enjoy this content no matter if you have completed ESO from head to toe, or if you are a small level 1 warrior. Zenimax Online and Bethesda introduced this concept since the last expansion and this is a Wonderful way to encourage all types of gamers to explore a new region and story no matter where they are in their endless adventure.

I couldn’t say for sure what elements will be retained in the final version, but it’s quite nice to have conversations with characters that feel three-dimensional and not just like textbooks telling you where to go. I hope all the friendly vampires I met on this adventure keep their personalities and continue to talk to me like high school friends.

Greymoor is set 100 years before The Elder Scrolls V, so don’t expect to run into Skyrim itself. Things have changed, and this new expansion puts a greater emphasis on cave exploration. While roughly 60-70% of the western map is made up of open fields, lakes, and snow-capped mountains, the rest offers us intricate sections of catacombs and caves that are home to all sorts of creatures that lie in wait for our flesh and blood. blood.

This new expansion introduces two new concepts, and expands on one that was already in the base game. Even though the vampire class already existed within ESO, Greymoor augments the different abilities this class offers. But beware, the great power that comes with this skill is considered by many to be an evil act, so you run the risk of being considered a criminal in certain cities, similar to what happens with the path of the necromancer.

The second great novelty can connect with some people, and with others not so much, I am referring to the Antiquities. This new mechanic is focused on all those who enjoy exploring Tamriel, and spend their time reading all kinds of books and small descriptions that are put in front of them. Much like an archaeologist like Indiana Jones, you can find small artifacts throughout the map, ranging from mundane items like accessories and furniture for your home to rare armor.

The idea behind the Antiques is to follow a couple of clues to a specific area, start a little digging minigame and get your reward. This option exists to enrich the world, make the map bigger, and offer a break from all the battling vampires and witches. As I mentioned, this mechanic seems designed with a certain group of people in mind.

Finally, we have Kyne’s Aegis, a space where all those who love The Elder Scrolls combat can enjoy an arena for up to 12 players PvE style, that is, players against the machine. In this mode, our objective will be to defend a small island to the north of Skyrim from the attacks of ferocious giants.

Similarly, you can expect the kind of classic content that comes with a new expansion. New branches, a couple of extra NPC’s in the world, more areas to explore, and a re-balancing of the way certain things work in this virtual world.

In this way, Greymoor offers something for all types of players. Those who enjoy history will have the opportunity to explore a more gothic narrative, along with the ability to revisit Skyrim with a fresh perspective. All those who love to read and explore even the smallest details of this world will benefit from Antiquities. And for fans of the meta game and combat, Kyne’s Aegis and new vampire abilities will provide hours and hours of fun.

The Elder Scrolls Online: Greymoor will be available for PC/Mac on May 18, and for PlayStation 4 and Xbox One on June 2, and will be part of The Dark Heart of Skyrim narrative.