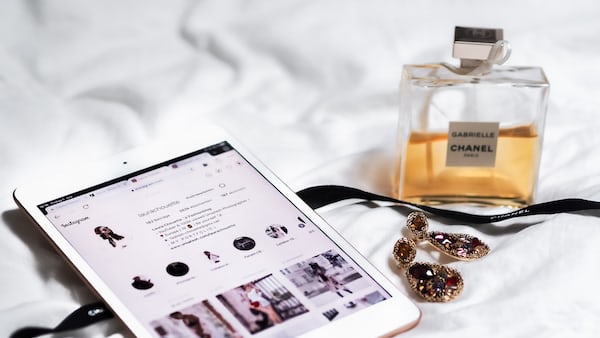 The world of role-playing games is one of the widest that you can find in the history of the medium. Although it has gone through difficult times, the reality is that RPGs have been with us constantly basically since video games saw the light for the first time. Due to this, the amount of proposals and experiments that exist within the genre is truly gigantic, so it is very easy to miss this or that title. In 2010, Square Enix was encouraged to publish in America an obscure title under the name of NIER, which was born as a spinoff of an equally unknown series called Drakengard. All this changed radically when in 2017, Yoko Taro’s eccentricity was once again trusted, only this time, working directly with the geniuses of Platinum Games. The incredible NieR Automata gave life to a new fan base, an issue that now, with NieR Replicant ver.1.22474487139… will try to capitalize on. We’ve been playing this game for several hours now and here are our initial impressions so you know what to expect from it.

I think that before going on to tell you how these first hours have been with this kind of remake / remastered, it is important to clarify where it comes from, as I think there is a lot of confusion about it. In 2010 in Japan, Square Enix decided to release NieR Gestalt for the Xbox 360 and NieR Replicant for the PS3, both developed by Cavia. These two games are basically the same, they only vary in some dialogues and in that in Gestalt you use a mature character who acts as Yonah’s father, and in Replicant we use her brother, who is only a few years older than her. Let’s say something like the different versions that come out with each generation of Pokémon was applied. In America, only NieR Gestalt was released under the name of NIER simply, both for the 360, and for the PS3, that is, Replicant never reached us. Understanding all of the above, I tell you that NieR Replicant ver.1.22474487139 … is precisely an improved version and with many changes to the aforementioned title.

Like the vast majority – the game didn’t sell a million copies – at the time I almost completely overlooked what NIER was in our region. I remember that on a couple of occasions I had to hear about him, but playing him as such was something that never happened. Four years ago I was totally and completely in love with NieR Automata, so the announcement of NieR Replicant ver.1.22474487139 … is something that moved me a lot and that immediately placed it as one of the games that I was looking forward to the most for this 2021. For When I am writing this special article, I am passing hour eight of the game, but for reasons of nevertheless, for now we are only allowed to tell you about a little before hour four.

NieR Replicant ver.1.22474487139… it is an extremely special product about which there is much to say, because as I was saying a few paragraphs ago, we cannot classify it as a remake or even just as a remastering, it is something that lives a little independently. The first thing to say is that now, the studio that is behind it all is Toylogic, which, despite not having so much popularity, have worked closely with Square Enix on things like the 3DS version of Dragon Quest XI, for example. Something that will surely leave fans very calm is that Yoko Taro returns as creative director, in addition to Yosuke Saito in the production part, as well as Keiichi Okabe in the music, even with new pieces. To top it off, Takahisa Taura from Platinum Games, who became a star after directing the impressive Astral Chain, appears as an advisor and collaborator in the gameplay part, this of course, after also having been a key part of this section in NieR Automata. What I want to tell you is that basically all of this great team is back.

Regarding the specific improvements that NieR Replicant ver.1.22474487139… presents in relation to the original title, it is worth highlighting several of them. On the visual side, we have that now, the game can be displayed up to 4K and 60 frames per second on PS4 Pro and Xbox One X, the same case if you put it to run on new generation consoles – we are playing it on PS5, by the way -. Practically all the character models were reworked, as well as the scenarios, this to make them look with much greater detail, more natural lighting, and a much greater draw distance.

Despite the fact that the script remains largely intact, Yoko Taro and her team decided to change some of its parts and refine others. Speaking of the script, you will surely love to know that now, absolutely every line in the game has voice acting in both English and Japanese. In fact, in the latter, several actors who participated in NieR Automata, appear to bring the world of Replicant to life. Don’t worry if you don’t speak English or Japanese, as the game comes with all its texts and subtitles in Spanish.

Music is extremely important to this series. Surely if you played Automata, you will remember how special it was to listen to all those amazing melodies that put you in a very particular mood. Well, just as I was already telling you, the genius Keiichi Okabe, who of course also set the music for the 2017 masterpiece, was in charge of re-recording the entire soundtrack of the original NieR Replicant for NieR Replicant ver. 1.22474487139 …, in addition to add new parts. The result is more spectacular than you are already imagining.

The gameplay is probably one of the things that interested the most when this new version of Replicant was announced, because according to what is said, the game felt quite square and simple in some of its combat mechanics, if completely contrary to what is said. that happened with Automata. Just as Yoko Taro himself commented a few months ago when NieR Replicant ver.1.22474487139 was revealed…, the gameplay was tweaked in a very important way to precisely fit better with what was done in 2017. It definitely feels like the hand of Taura in all this matter, because we have a deep hack & slash system perfectly well achieved, where the controls feel polished and indeed, very close to what you experienced with 2B and company a few years ago.

No, it is not Automata but …

Something that I have never fully agreed with is that NieR Automata is placed as an RPG. For me, it’s more of a hack & slash that flirts with RPG elements and of course, with those of a classic shooter, but in essence, I don’t think we’re dealing with a role-playing game. To my surprise, NieR Replicant ver.1.22474487139… it does go this way. The adventure we have is very close to how any traditional RPG works, that is, in addition to having the classic stats of the genre and the structure of main and secondary quests in a semi-open world, we have a strong feeling of adventure and that you you find yourself in the middle of a great journey in which literally anything can happen.

In NieR Replicant ver.1.22474487139 … we play a protagonist that we must name ourselves, who must seek a cure for a strange disease that afflicts his younger sister, Yonah. This story serves as a prequel to the one we saw in NieR Automata, only in this one, the science fiction elements are not as marked as in its sequel. Here, we have something that is closer to the theme of fantasy, an extremely bizarre fantasy that on more than one occasion will make you wonder what the **** is going on. At least from what I have from the game and from what I can tell you, here they are not touching such deep and even philosophical issues as Taro did in NieR Automata. As I mentioned, the narrative, despite being supported by a script that is quite complicated to understand at times, has a highly traditional classic RPG form.

A very characteristic element of Replicant is that a strange chattering book called Grimoire Weiss is our companion in the adventure. After reluctantly having to join our cause, this character that you quickly grow attached to for his grumpy, sarcastic, and even arrogant attitude, allows our character to use magic. Yes, little by little you will acquire different powers. From constantly shooting as our droid did in Automata, to generating a double that helps you in battle, each power that is granted to you fulfills a different and clear purpose, it serves as a perfect complement to your regular attacks with the different weapons that you are obtaining and also improving with the passage of time. Other elements that you can expect are the classic shooter touches to the bullet **** in which the screen suddenly fills with projectiles that you must dodge, in the same way, he fiddled with the change of the camera to 2D perspectives and areas in 90 degrees. , are a constant.

I would like to be able to tell you much more in depth about how everything is evolving and growing throughout the adventure, but as I was saying, this Hands On is limited by embargo issues, so we will have to wait for the formal review to be able to detail all these elements. What I can tell you is that in its gameplay, NieR Replicant ver.1.22474487139… it does feel very similar to NieR Automata, but above all, in history and narrative, it takes other less revolutionary and surprising paths. It is important to remember that that game of 2017 is a watershed in the middle and probably much more important than we can perceive today.

We will continue to inform

These first hours with NieR Replicant ver.1.22474487139… have been extremely enjoyable. Although in effect, that element of surprise that caused your mind to explode all the time in Automata is not so alive, the reality is that we are facing a very solid RPG with a very well polished gameplay that I am sure, you will love it. to own and strangers.

From the visual work, it is important to clarify that we are not facing a remake as such, that is, do not expect a work with the depth of what Capcom did recently with Resident Evil 2 and 3, or Square Enix himself with Final Fantasy VII Remake. Although in effect, NieR Replicant ver. 1.22474487139 … looks much better than the original 2010 title, the reality is that the planes that some of its settings are seen remind us of how old the title actually is. . On the sound side and as I already told you, there are simply no complaints whatsoever. Your ears will once again be delighted by the impressive work of Keiichi Okabe.

Definitely, NieR Replicant is not NieR Automata, a rather unfair comparison if you ask me, since they are games from very different times in which the team that works on them, despite being basically the same, lived very different moments. For Automata, Yoko Taro and company were in a state of authentic grace and because of that, they released the masterpiece that will continue to resound in this medium, however, now with NieR Replicant ver. 1.22474487139 …, one can realize that the talent and the vision was always there. In conclusion, yes, you must be very, very excited.

Remember that NieR Replicant ver.1.22474487139… will be launching this April 23rd on PS4, Xbox One and PC. Expect our formal review with final impressions and rating very soon.