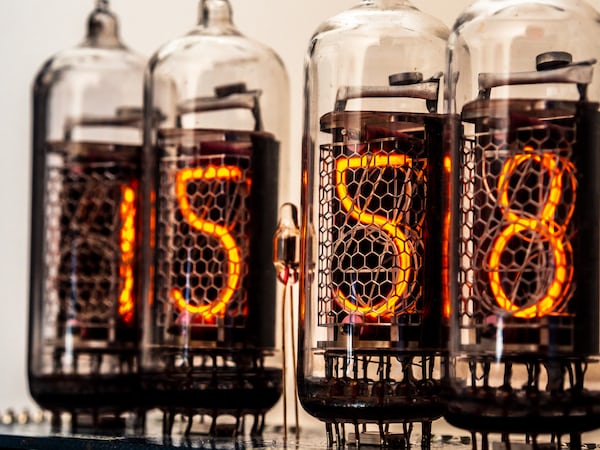 Here is our review of Jupiter’s Legacy, a work that starts from the Mark Millar comic and arrives on Netflix with its first season in eight

From great powers comes great responsibilities: the sentence that Uncle Ben says to a young Peter Parker has become a sort of iconic idea within the Marvel House of Ideas, increasingly focused on superheroes with super problems unlike Distinguished Competition (DC) , which has always focused on a major epic. Mark Millar, who a few years ago played in Stan Lee’s house producing works such as Civil War, seems to have taken this phrase as a reference to best characterize the first generation of heroes within this strange and crazy world, much closer to the Golden Age of what modern comic book superheroes are. But without delay, let’s find out our review of Jupiter’s Legacy, TV series inspired by a work by Mark Millar (present in his MillarWorld) and conceived by Steven S. DeKnight, which arrived today on Netflix in its first season.

Let’s start with the basics: the comic, a series that currently does not include further releases, is published by Panini Comics in Italy in the form of 3 volumes. The first two, Jupiter’s Legacy 1 and 2, contain the main story, that is the relationship between the first generation heroes and the subsequent problems that flow from the conflict between ethics and moral code. The third volume, Jupiter’s Circle (which will shortly change its name in Italy, calling itself Jupiter’s Legacy Prologue), instead tells a story in the past of our protagonists. The story, both in the comic and in the series, tells the story of these six characters, who became superheroes following strange events, which they decided to use their abilities to revive America from the dark period. Sheldon Samson, his brother Walter, Grace Kennedy, Richard Conrad, Fitz Small and George Hutchence thus become people with extraordinary powers, and create the Union, a league ready to fight every evil on earth.

If time has strengthened (or broken) the ties between these heroes, unlike them, subsequent generations immediately show different intentions: these boys, in fact, in addition to having to bear the weight of their lineage, they also suffer from the difficulties associated with finding powers without having asked for them. The whole comic, without ruining the plot, is therefore based on this generational advancement and on the change of principles that ruled the Union at the time. The first season of Jupiter’s Legacy takes the concept and re-elaborates it: on the one hand it adds new information and details, very inherent with the theme and the idea of ​​Millar, while on the other it arranges everything by managing the times differently. If the comic therefore hastily tells the details of the story of the six heroes, and then shifts the weight of attention to the present, the series wisely intersperses everything, creating a growing climax from the first to the last episode.

The weight of responsibility

The series therefore seems to make the round: the peculiarity of this round is that it passes, as if they were buoys, around the pivotal points present in the original work, putting them in place in a masterly way. The rest is a succession of dialogues mixed with well-structured action scenes, especially in terms of CGI. Perhaps, if there really is some flaw to be seen, passing between two precise historical periods, the aging done to some characters of the first generation seems to be too fake; on the contrary, the effects used for the more gore scenes and powers are very high level. Every so often, either for the original material, or also for the need to prepare the viewer to be amazed, the series falls into banal clichés: these are evident in the relationships between fathers and sons, as well as in the development that revolves around the dynamics of Code, one of the non-corporeal protagonists of this season, and we believe of the whole series.

Another thing that is immediately noticeable is the qualitative difference in the implementation of the scenes between the actors representing the characters of the first generation and those of the following: except for Elena Kampouris (Chloe) and Ian Quinlan (Hutch), the others are a little too dull. As mentioned before, however, Josh Duhamel (Sheldon / Utopian), Ben Daniels (Walter / Brainwave), Leslie Bibb (Grace / Lady Liberty), Mike Wade (Fitz / The Flare), Matt Lanter (George / Skyfox) and David Julian Hirsh (Richard / Blue-Bolt) render very well on screen, constituting itself as a particularly successful piece of work, especially when they talk to each other. The plot of the series flows nicely, capturing the viewer episode after episode, captivating thanks to its modern story and keeping in suspense through the history of the 1930s. Finally, Jupiter’s Legacy does not fail to present some successful twists that remain hidden until the end of the season, leaving the viewer with the maximum interest for the next.