Lupine – Review, the ultimate gentleman thief according to Netflix 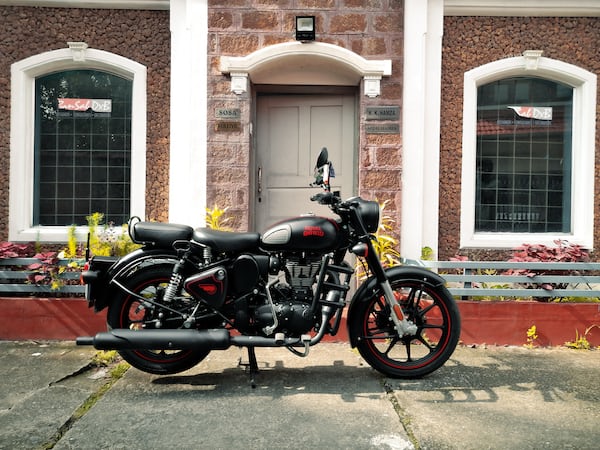 Lupine – Review, the ultimate gentleman thief according to Netflix

Lupine is back on the streets of Paris, but he is not as we remembered him: Omar Sy plays the role of the unsuspected gentleman thief.

This is how the rule is repeated, the teacher’s teaching. That phrase that echoes to those who hold responsibility for what he has become, or what he promised to be in the near future. Responsibilities are forced behind those men of great ability, behind the time of their deeds, but it is also true – in some cases even more intriguing – that the declinations of moral and ethical tasks in the most obscure, or bankruptcy characters, manage to have a touch of class, often elusive, at other times closer to the truth. This may be the story of a many-faced thief, capable of doing incredible things: he disappears into the shadows because he himself is part of it, he is graceful and elegant, since his father was a gentleman. He is cunning and brutal because, in the end, he fights with a harsh reality: revenge, punishment and his assertion in a still racist society. Who will this ever be Lupine?

A common night a Pariswhich had never been seen so beautiful: starry skies, illuminated streets, the great and majestic Louvre. A perfect night that of the French capital, but it is the place of the arts that most attracts the viewer’s attention. It is precisely in that museum that someone of the usual unsuspected works, perhaps someone we would never have the courage to point out as guilty, since he would be “taken for granted”; but that’s exactly when the suspect is identified in the “usual”, that the devil mocks the naive. Who could it possibly be? Who could be hiding behind normality? The only and inimitable Arsene Lupine he would dare with a grin, although this time he has a different name, and his story is just as well. Assane Diop, of Senegalese origin, in overalls and hat, prepares for his usual day of work as a cleaner at the Louvre. Separated from his wife and with a dependent child, the man however does not seem naive, indeed, he seems to be aware of his situation, perhaps too much. With a resolute air, the unsuspecting one walks through the corridors of the museum towards his prey, regardless of who is around him, and even if it were the other way around, how could they notice? He is Lupine and he wants to steal the necklace from Queen Marie Antoinette.

In the intentions of the last gentleman thief there is not, this time, the goal of seizing it to become richer, but something more. our XXI century Lupine wants revenge, and he will pursue it at all costs in order to be able to settle the accounts with the past. Assane is something more than a skilled thief, he is the total reinterpretation of the work of Maurice Marie Émile Leblanc in a contemporary key. The protagonist’s stories easily fit into a narrative construct that reflects our time. A France still wary of immigrants who, in this case, dominates the life of the family coming from Senegalclosing them in a reality of discrimination and stereotypes. The black man is different, hence a possible suspect: but our protagonist, as mentioned above, is not really that much.

The interlayer of Dans L’ombre D’Arsène

Omar Sy protagonist of the TV series, he moves well within the script, written practically for him (and perhaps a little too much). Directed by Marcela Said, Ludovic Bernard And Louis Leterrier, counts on the stage presence of the actor who holds the viewer’s exclusive attention. As a matter of fact, there is no denying the grandeur of Omar Sy compared to the rest of the cast. Fortunately, the direction does not focus solely and solely on showing us the protagonist face, but by means of some virtuosity it manages to entertain the spectator and sometimes even to amaze him. Of fundamental importance are the incredible panoramic scenes, and those sobbing sequence shots, which make us breathe Paris with an unparalleled naturalness.

All in all, the directorial apparatus works and engages the viewer, keeping the audience on their toes and making sure to point out every scene, especially on the popular slow-motion passages that see our Lupine in action. The larger scenes, in which the protagonist is committed to organizing the success of the plan, unfortunately very little convince, especially in their development: at times there has been a banal resolution of situations that had to be managed better, ensuring an effective development of the scripted, which in this case is particularly banal and obvious. The editing patches up the weakest situations, building the dialogue between one scene and another thanks to its dynamism.

The script of the new Lupine by George Kay And François Uzan, creators of the same series, is resolved positively in human situations, which more than once tear a few smiles and, why not, even a few tears. What remains impressed is the pressing rhythm of the jokes and the events that follow one another, built around the protagonist who reincarnates all the characteristics of Leblanc’s anti-hero: strong, cunning, sympathetic and generous only for those who need it most. The myth of Lupine relives in the first chapter of five episodes, produced by Gaumont Télévisiontitled Dans L’ombre D’Arsène. In this first part we will have the opportunity to also get to know the secondary characters, which provide further plot ideas, even if in the long run they could fall into the cliché of the “already seen”. The events and events narrated make up a work that is not unpleasant, intriguing for what it wants to tell, even if it does not shine with originality.

All we see is a huge opening on what you want to tell, but for now the narrative structure of the series Netflix it doesn’t seem to take off properly, rather it describes itself as a stepping stone towards something more complete. Unfortunately, as much as it manages to entertain, the narrative element is weak and does not materialize for originality, even with the help of an efficient cast. Speaking of photography, assisted by a prompt and dynamic directorial construction, this provides us with a guaranteed show, which together with the soundtrack composed by Mathieu Lamboleycharacterizes everything with that healthy vintage taste that recalls the adventures of the first gentleman thief.