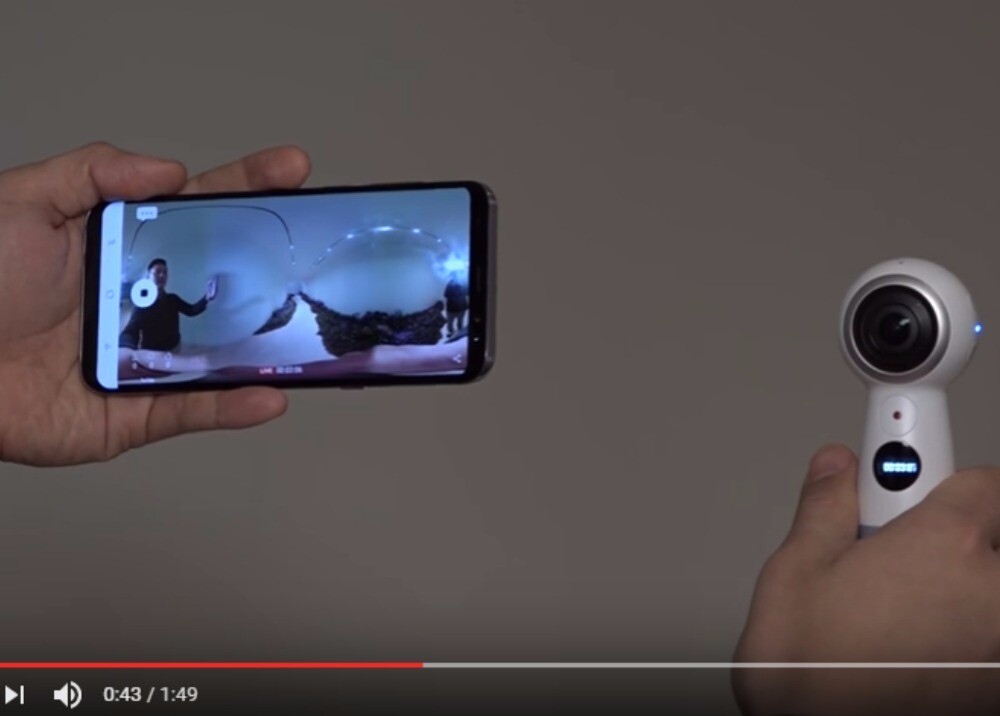 Making live broadcasts with a 360 camera is already a reality

It offers a novel design and achieves better image quality.

The camera Samsung Gear 360 has the ability to record videos in 4K resolution, which contributes is a great advance in the audiovisual and technology world.

They use a recording system based on two opposing cameras, with lfisheye lenses and a maximum aperture f / 2.2, which gives it a spherical shape and brings efficiency to both 8.4 megapixel sensors.

Its way of recording data is through a microSD memory card, supporting up to 256GB. To communicate with the rest of the system use WiFi (ac, Direct), Bluetooth 4.1 and a reversible USB 2.0 port.