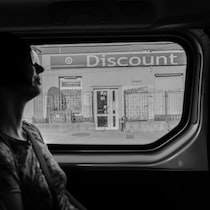 Tomorrow will finally premiere the season finale for WandaVision, series that has delighted fans of Marvel and its cinematic universe. The show is full of easter eggs and references to the MCU, which is why its producers recommend a movie marathon for you to understand one hundred percent.

Through Twitter, the official account of the series published a small guide where they explain the movies you should see to understand all the references it includes WandaVision:

“Celebrate the end of WandaVision with your very own Marvel Studios Marathon on Disney Plus. Whether you’ve seen one or all of them, this is your MCU guide to understanding certain moments that will prepare you for the finale. “

Celebrate the #WandaVisionFinale by watching your own Marvel Studios Marathon on @DisneyPlus! Whether you’ve seen one or seen them all, here’s your guide to the MCU moments that will prepare you for the finale. Reply with your own marathon lineup and check back for surprises! 👇 pic.twitter.com/LtvIfG8UZ3

The eighth and final chapter of WandaVision tomorrow will come to Disney + and according to its creators, it will last close to 60 minutes.