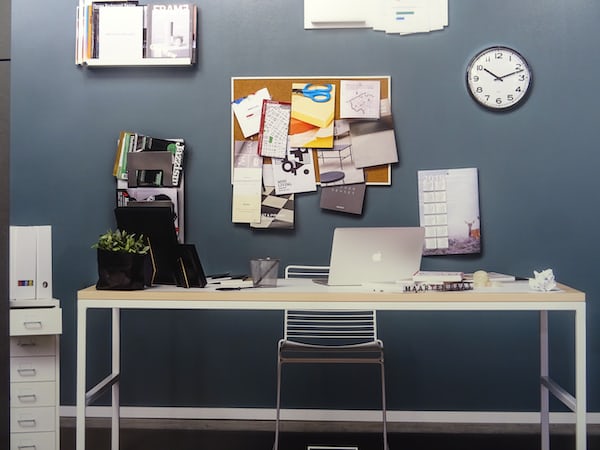 The new movie has finally been released. Spider-Man Homecoming in theaters. As for superhero movies, it is perhaps the one that has caused the most expectation in recent years. Especially because of the alliance between sony pictures Y Marvel Studios to include the famous arachnid as one of the pieces of the MCU. But is their participation justified? Does it actually fit into the same universe as Captain America, Hombre de Hierro and company? We will tell you about it below in a review NO SPOILERS.

The third time’s the charm?

In 2002 we were surprised with the origin story of the character thanks to sam raimi and the actor Tobey Maguire. It was the first time we saw a high-budget movie about the arachnid and we were all blown away. 10 years later, when the new version came out with Andrew Garfieldthat was a little less successful among fans but managed to have a sequel.

Now, just a couple of years later, we meet a third spider-man who had his first appearance in the Civil War tape of the Captain America. That’s where so much sony picturesWhat Marvel Studios They saw an opportunity they couldn’t miss. Instead of having to tell the character’s origin story a third time, they saved it in a couple of scenes when Tony Stark visits the young man at his home in Queens. After all, we have already seen that same story several times and having to do it again would have been very tedious.

When the title of the film (Homecoming) was announced, many fans directly related it to a comic of the same name from 1984. But although there are some links with the comic, specifically with the appearance of characters such as Hombre de HierroThe truth is that it doesn’t have much to do with it. For example, in said comic, Spider-Man uses for the first time the black symbiote suit that would later become part of Venom. Obviously that’s not part of the MCU.

Instead, the interpretation of the title is related to the character’s arrival at the MCU. Remember, due to licensing issues, spider-man in its cinematic version belongs to sony pictures and therefore could not go out with the avengers in the past. In the same way as the X Men Y Fantastic Four are property of 20th Century Fox.

But this new version of Spider-Man and its sequels are an official part of the MCU and I think it was a great idea. After all, he is the most popular hero of marvel comics and enriches what we have already seen on film in recent years. It is considered in fact the fourth film of Phase 3 of the universe.

The film takes place 2 months after Civil War and 8 years from the events of the first Civil War movie. the avengers.

For a superhero movie to be good, it needs both its hero and its villain to be worthy rivals. That is a very important point that they managed to achieve in Homecoming.

On the one hand we have spider-man youngest we’ve ever seen in the movies. At only 15 years old, he is an inexperienced teenager who has great power and he doesn’t know how to harness his full potential. His goal is to be an official part of The Avengers, but having super powers doesn’t mean you’re guaranteed membership in the Avengers team. Tony Stark.

As I mentioned previously, we don’t have to throw in a character origin story again. Everyone knows Uncle Ben’s famous line “With great power comes great responsibility.” Do not expect it to be mentioned a thousand times again, however it is something that is implicit in the plot at all times.

peter parker, like any teenager, wants to attract the attention of his superiors and the people around him. At the same time, we see a parody of the changes that young people go through at that age, both with their bodies and with their feelings. He must constantly decide whether to live like a normal teenager and have fun with his friends, or if he prefers to be a vigilante serving the community. That is where the introduction to the character comes in and we will see how he evolves throughout the next films.

On the other hand, we have the great Michael Keaton as the villain of the film. Many will remember him for his role as Batman from Tim Burton in 1989, or even as Birdman in the brilliant film of the same name by Alejandro Gonzalez Inarritu who won the Oscar.

He is a powerful arms dealer who has a grudge against Tony Stark for the destruction of Manhattan in the first film of the avengers. He has unprecedented technology that he has perfected for 8 years and has a very powerful flight suit that makes him look like a bird.

It is the first time we see the Vulture in the cinema and it is thanks to this version that he is positioned as one of the best arachnid villains on the big screen. The presence of him in his frame is imposing, both with a suit and without it. But more than a being who seeks evil, he is a businessman with a sense of indifference to the world.

A familiar but different hero

There are other key characters that comic fans will immediately recognize. But I’d rather not spoil the surprises. On the other hand, the secondary characters fulfill their role correctly. We have the patiño and best friend of Peter which provides much of the comic material. and to the beauty Liz who is the protagonist’s platonic love and cannot escape being in trouble that requires saving her. While others change ethnicity, like high school snooty Flash, who is now of Indian origin.

As for the action of the movie, you have nothing to worry about. After seeing a lot of hero movies in the last few years, the director’s big challenge was to maintain the awe in the action scenes, and he did it right. There are very exciting and spectacular sequences that will keep you on the edge of your seat. Specifically, there are very well-executed fights in which we see the true power of the characters.

In addition, there is a good balance of comedy that does not become abusive. There are jokes that are unexpected and there are even very clever ones that require the viewers to participate in the joke.

The two hours of duration pass quickly and pleasantly. Personally, I think the first Spider-Man movie from 2002 is still my favorite, but Homecoming is hot on its heels.

And of course, don’t leave the theater until you see the 2 additional post-credits sequences. One in the middle and one to the end.

Spider-Man Homecoming It’s a great superhero movie. It correctly avoids being repetitive and saves the origin story that we all already know to take us directly to the action.

As fans, we appreciate that the arachnid is finally part of the MCU and they managed to find a way so that their participation does not feel forced.

He is a new, fresh and younger version of Spider-Man. She has considerable changes in characters and situations that were traditional in the comics, but it is not a negative point. On the contrary, he makes us want to know more about this new universe.

Surely we will see an evolution in the next films and we already want to see them.