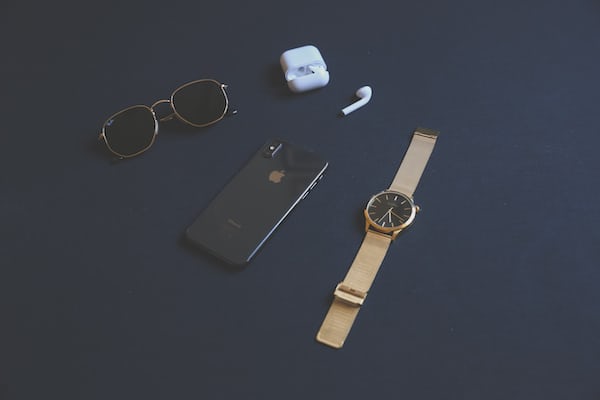 We will never have enough, nor of NieR, nor of the history that distinguishes this well-established brand. After the explosion of almost unexpected success for NieR Automata and the subsequent rediscovery by fans of NieR Gestalt (the only version of the first title subsidized in Europe two generations ago), it was almost obvious the arrival of a remastered of the original title in unsuspected times. As we have already explained to you in our preview, in fact, NieR Replicant it only came out on the Japanese market in conjunction with Gestalt, which differed from each other only for a few characteristics – textual and contextual – related to the protagonist (similar to what happens with Pokémon titles). This remastered therefore not only marks the possibility of reliving the jewel of Yoko Taro and companions under a totally different guise, but also the official arrival of this version in our territory. Let’s find out in our review if NieR Replicant ver.1.22474487139 will be able to make an extremely undervalued gem shine in the eyes of most people at the time of its release, a gem from which an even more beautiful jewel could be born.

The brother, the disease, the future

If you are not familiar with the happenings of the series Drakengard, the temporal location of this game may escape most, but in the last few days we have written an article that will explain how the various chapters are connected, from Drakengard to Nier Automata. The story of NieR Replicant, and consequently also that of NieR Replicant ver.1.22474487139, opens with a prologue set in the summer of 2049 during a cold storm, with the world and humanity devastated by the disease that developed after the killing of the Mother Beast in 2003. After this introduction, which will be the basic tutorial, the real story set in the future will begin – 1,312 years later – and which will see protagonists of characters similar to those of the prologue.

We will in fact be in command of the hero whose name we can choose, who will do everything to cure her little sister, who suffers from a mysterious disease called Necrophagia. Without going into detail, especially if you are among those who have never been able to play the original version of the game, know that you will start your adventure only for his sake, starting from a quiet village where the two are appreciated by all. Here the protagonist lives on menial jobs and receives rewards by helping the villagers with different types of tasks, but above all hunting. The strongest personalities of this place are twin girls who answer to the name of Popola and Devola (which will be very familiar to you if you have played Nier Automata), where above all the first will be indispensable for your missions. How you will meet the very strong warrior Kainé, the young man Emil and the magic book Grimoire Weiss? We will let you discover it for yourself.

NieR Replicant ver.1.22474487139 presents from the point of view of the gameplay all the basic features of the original game, even if the enhancement work has made sure that they were taken to an absolutely higher level, as you will read later in the review. The movement commands they are based on the basics of the action rpg genre with the white weapon, using the buttons to the right of the pad for jump (even double), light and heavy attack with which to chain melee combos, and action button. The first feature that distinguishes NieR from other games, however, concerns the actions that we can perform through the back buttons, which we can customize to our liking both in the position and in the type. Whether it’s bursts of magic, a Dark Hand, a Spear, or simply a sword parry or dodge, we will choose which one to equip and at which point, but be careful! Because we may have to leave some powers out of the game, and choose to equip those most suited to the current combat at the right time (after all, we have a limit of 4).

Just the magical abilities will be very important, and will be released thanks to the power of our faithful Grimoire Weiss, who will always float alongside the protagonist. These offer the great possibility – which you will necessarily have to take advantage of often – of making ranged attacks, especially when you are outnumbered or seriously injured. All this is combined with a system of camera free and decidedly favorable to the management of both movements and attacks from a distance (balance also resulting from the adjustments made with Automata). The weapons of which you will have will be of various types, differing in weight, versatility, and also in the magical power conferred on the protagonist. They can also be empowered, not just the old fashioned way, but with Words: these will be assimilated by Weiss during the fighting, and killing the various Shadows we will be able to collect and use them. You can also use them to enhance your spells, and they will give buffs and perks in full RPG style.

With all of these improvements, it’s only natural that the game itself comes out a bit too simplified, with a less steep learning curve and with the technical quirks no longer present to hinder the player. However, there is the possibility to choose the difficulty at the beginning of the game, and you can also adjust it in game. In easy mode you can even select automatic combat, but do you really want to take away all the fun?

A story to tell

Nier Replicant has a good longevity regarding the main story, hours you will spend playing accompanied by a flurry of mixed feelings and emotions. You will see the locations change, the NPCs, and you will even see vary the style of play and the camera on several occasions. If you add to this also the beauty of about 70 secondary missions – some of which may even fail and no longer be completed -, the picture becomes decidedly more intriguing and even more varied. Some missions will also be divided into phases, some of which are only available in certain parts of the game.

In addition to the endings that we already know (and which require the conclusion of several runs in the game, where, however, apart from the first they will see you restart from the second act) has been inserted a whole new one, which we will not anticipate, and which turns out to be the second biggest novelty inserted from the narrative point of view. Second, because the first are a couple of hours of extra gameplay inserted into the story compared to the first NieR: at some point in fact there will be an unedited part, a main mission complete with videos, which is in any case inserted by brush and not a forcing. Don’t underestimate this additional ending however, because it reveals some very important information for Nier’s lore.

It is now known that the NieR of eleven years ago suffered from very serious problems from a technical point of view. The Cavia studio, despite the great efforts, managed to create a title clearly below the qualitative average required in the 360 ​​/ PS3 generation, also due to a very tight budget despite the Square Enix brand behind it. This new Nier Replicant Yoko Taro himself defined it as an “improved version”, and therefore neither a remastered nor a remake; nothing short of a great opportunity to live (or relive) this adventure in a worthy way. So what changes in NieR Replicant ver.1.22474487139?

The technical sector has been totally upset: all the models have been reconstructed, from the characters to the textures of the maps, the lighting and the rendering distance have been optimized, with previously totally absent lighting effects, and the disappearance of the annoying “effect flour ”on screen. The original version ran at 720p and up to 30 fps, while the improved version reaches 4k and 60fps. Our test took place on PlayStation 5 via backward compatibility, and we can ensure that the fluidity achieved on screen is sensational: a huge leap in quality, definitely what we expected (even if we are still far from the levels that the videogame generation just started has been able to show us). These changes are absolutely fundamental, since in this way the game has finally received the dynamism that a title of its kind deserves. So it is really a shame to see how some factors have been left in the background, such as the models of secondary characters and NPCs, far from cured, and with even duplicates that can be found scattered around the cities.

If it is true that beauty lies in the details, and above all that proverbially a winning team should never be changed, the choices for everything related to the artistic sector have been spot on: to pay homage to the original title, in fact, a large part of it has been involved of the original voice actors of the game (including the inevitable Grimoire Weiss), but above all the traces of the magnificent soundtrack have been re-proposed, re-recorded and enriched with additions where they were most needed. This resulted in great audio quality, as well as some unreleased tracks. The sweet voice of also returns Emi Evans, which gave expressiveness and musicality to all the songs she sang (including the iconic Song of the Ancients). A little gem for Automata lovers is that it will be possible to play this Replicant with the NieR Automata soundtrack as background. To say the least, you will be spoiled for choice.