Pokémon Unite – Review of the new moba from The Pokémon Company 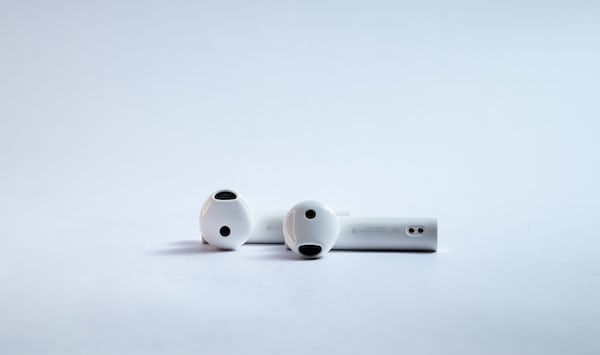 Pokémon Unite – Review of the new moba from The Pokémon Company

Here is our review of Pokémon Unite, the new moba spin-off of pocket monsters recently landed on Nintendo Switch.

The brand of Pokémon has been around for 25 years now, and over time it has managed to touch almost all the videogame genres that exist today. With this year the moba genre will also be included in the “roster” of pocket monsters thanks to the latest game from The Pokémon Company, Pokémon Unite, of which we offer you the review today. Spin-off online only who managed, thanks also to the collaboration with Tencent Games, already known for League of Legends, to thrill many gamers right away and show a truly competitive side which is not always present in the other titles of the brand.

Welcome to the Aeos arena

Pokémon Unite opens without too many preambles directly with the tutorial, in which it will be explained to the player who is in this particular island, named Aeos, which releases an energy of its own, and that this is the basis of the clashes that exist. That’s all, nothing else will ever be added to the plot of the title, and that’s because it’s not the focus of the developers in the least. The central point of Pokémon Unite, in fact, it’s just and uniquely the gameplay, which we must admit despite some small negative facets which we will talk about later, has been really taken care of in the smallest details in order to be appreciated by both the more casual players and the most avid ones.

The tutorial is very comprehensive of all the main actions of the game and how to play a game, also as you level up you will be explained step by step all the other mechanics of the title, so that it is totally clear. Otherwise there are also extra tutorials that you can follow individually, designed to learn how particular situations or skills work. This choice it is very appreciable since, instead of flooding the player with all the notions right away and without giving him the time to assimilate them one by one, gives everyone their own space to understand and learn at your own pace.

If you’ve been following the Pokémon world for a long time, you’ll know how much Game Freak And The Pokémon Company always tend to create games often oriented towards a younger and more casual audience, without ever putting too much effort into giving life to something complex and strategic – even if it must be admitted that in recent years at least the competitive side of the games of the main series has been greatly implemented, to reach out to even the most seasoned players. In Pokémon Unite, the trend will remain, offering start 10 minutes stopwatch, almost no overly complex mechanics (which we find in other moba games), and bosses on the map much more impacting.

But this does not mean that the title is not competitive, on the contrary. The Pokémon Company has succeeded, certainly also thanks to the collaboration and experience of Tencent Games, to implement a strong strategic base in a seemingly very simple game. The first and interesting method is the choice of objects: there will be no shop during the game where to buy them, but they will need to be equipped first, in the pokémon selection phase, and will be divided into two large groups, Battle Items And Held Items (active and passive). There are several to choose from, with the most diverse special effects.

You can only choose one of Battle Items at a time, and each will have an internal recharge that will start every time you use it, preventing you from using it again for some time, and they are usually immediate effects that are used to be able to save yourself at the last moment from a critical situation, or maybe have a boost temporary statistician to get the better of a quick fight. Of Held Items instead you can equip up to 3 at the same time, will guarantee you passive bonus statistics (which will improve as you level up in the game), and effects that can be based on the activation of a skill, or on scoring various goals.

But if there are no items to buy, how can builds be differentiated in other ways? In this, Pokémon Unite has taken up the idea that is also the basis of Heroes of the Storm, that is that of having several different skills – or moves in this case – available for your pokémon to choose as you level up. Thanks to this, you can go for example from a more supportive Ninetales Alola to a Ninetales Alola more oriented towards being a mage, and therefore able to inflict a good amount of damage to the area, with some crowd control attached as well, or the moves of impediment towards the enemy.

How to play Pokémon Unite?

However, we have not yet talked to you about how to actually win a game in Pokémon Unite. The game map is divided into 3 large areas: the top lane, that inferior is that central that, for those who are a bit accustomed to moba, we could define the “jungle” of this title. In each lane there are 2 areas per team, defined goal areas. When a player defeats any wild pokémon, a boss or miniboss, or an opponent, in addition to receiving some experience points, he will also acquire some pokéball points, which they will then be spent in the areas mentioned above to make a goal. At the end of the 10 minutes, the team that has scored the most points will be declared the winner.

Currently there are 20 playable pokémon, and each of them has a role and well-defined characteristics: there is for example Snorlax which as you can well imagine is a tank, or Gengar, who turns out to be a killer instead. Understanding what the role of your character is is fundamental because it will help you move with your team in a more coordinated way and do better actions: such as when capturing Zapdos, the boss of Pokémon Unite who, if captured, will almost certainly lead the team to victory. Its conquest, however, is very delicate since you will have to be careful not to be surrounded by the opposing team, since it is in the middle of the map.

As we mentioned at the beginning of this review, although Pokémon Unite really has excellent qualities and merits, it also does not lack some flaws, first and most predominant of all is the balance of the various pokémon. Unfortunately, at the moment there are some characters who are decidedly stronger and more useful than the others, while some remain right in the shadows and fail to be impactful enough within the game. It is certainly not an insurmountable problemIndeed, even a simple patch will suffice, but since this game makes gameplay its only raison d’etre, it is fair to mention it, and to say that the developers will have to be careful when modifying the various features to make everyone equal.

To conclude this review, Pokémon Unite has genuinely impressed us, has managed to unite all players, both the most casual and the most hardcore, bringing a game that has qualities for both “factions”. It is not a perfect game, but if it will be supported with updates and improvements confirming the commitment seen so far, surely it will be a title to keep an eye on and that not only will be the progenitor for the moba on Nintendo Switch, but will give a hard time even to those for smartphones as a version for the latter type of devices has already been announced. And if you are interested in learning more about the game, we recommend that you read our guides on the subject, such as our complete guide to objects.