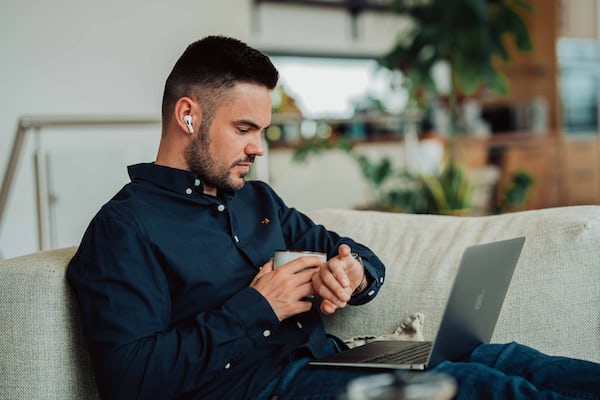 Here is our guide to the location of all the gold bolts, if you need to find them, in the new Ratchet and Clank Rift Apart for PS5!

In the new Ratchet and Clank: Rift Apart there are a total of 25 gold bolt to recover and in this guide we will help you find them all.

Finding these special bolts unlocks various tricks like ammo and infinite health, golden weapons and more. To get the trophy you just need to get 5, so you don’t need to find them all to get platinum. Being collectibles, they will activate on the general map as soon as you pass by, so in the exploration phases, check them out every now and then.

The game planets are a total of 9, in each of them there will be 2-3 gold bolts, none of them are essential to continue the game and you can get them even after finishing the main story.

Where to find the Golden Bolt in Ratchet and Clank: Rift Apart? Here is the guide

Golden Bolt 1: after meeting Ms. Zurkon in the market area, go right and go up a hidden magnetic ramp, follow the path to reach the factory entrance, you will recognize her as she has an optional objective marker to mark her. Once inside the factory, look ahead and head to the assembly line where a roller will advance boxes that you can climb on. In bolt is positioned at the top of the room, on the right as you enter. Try to get there via the “balconies” but we warn you that you will have to repeat the route sometimes as the larger boxes will obstruct the passage. However, you will see that with a little practice you will pass without problems.

Golden Bolt 2: during the chase with Phantom always pay close attention to the surrounding area, with a little luck you will find a crack to exploit to reach the bolt.

Golden Bolt 3: after obtaining the ghost dodge and the ability to cling to certain walls, go back to the beginning of the planet, in the far north of the map. Now that you have this new cantilever you can grab onto the panels on the wall and get the bolt.

Golden Bolt 1: in the area where you get the drop ship, go behind the structure towards the edge of the map. You will notice a portal that you can reach, do it and you will find the bolt.

Golden Bolt 2: after repairing the bridge and fighting the Grunthor, the bolt is located behind a green silo in the area where you defeated the second “boss”.

Golden Bolt 3: you will not be able to obtain this bolt on the first visit. After completing the third planet, go back, as a new secondary mission will be available on Sargasso. You will be required to find items, once you have all 30 as a reward you will be given a flying mount. Now that you can fly over the map, go southeast from where you unlocked the mount, one in the air there will be rings where one last bolt will be located.

Golden Bolt 1: near where you land is a golden bolt floating. Reaching it is a bit difficult but, once you reach the central platform, launch below and try to glide over it, there is no other way. Another tip, once it is marked on the map place the marker on it.

Golden Bolt 2: will be the reward after completing the fourth arena challenge.

Golden Bolt 1: you will find it on a small mountain west of the planet. Since it is not easy to get there, you should know that you just need to press three buttons in quick sequence. The platforms are the same as the ones you saw on Sargasso and the mode is the same.

Golden Bolt 2: in the southeast corner of Savali there is a flying platform behind a wall, when you get close it will start to run away: chase it and position yourself on it. Go up on the plate and get the reward.

Golden Bolt 3: you will not be able to reach the bolt on your first visit, but you will be able to reach it only after finishing Ardolis. History will therefore take you back to Savali but the environment will change. Follow the story until you go underground to access the catacombs. Before continuing by unlocking the platform with a bolt, turn around in that same room to find a Glitch terminal. Complete it to get the reward.

Golden Bolt 1: in the lava area, take the left side path and follow it to the end.

Golden Bolt 2: reach the center of the map where there are many miners, hit the Blizon crystals to go to the other dimension. Once here, use the magnetic boots to cross the bridges and that’s it.

Golden Bolt 3: to the north-east is the chef Tulio, also indicated with a secondary mission. On the way to him you will find a Blizon crystal and once hit, follow the path to the golden bolt.

Golden Bolt 1: At the beginning of the planet take the path on the right and go up the ramp at full speed, follow the path and you will find the golden bolt.

Golden Bolt 2: as part of the story you will be forced to run along the rails, grab a dimensional rift on the left to get to the golden bolt.

Golden Bolt 1: after hitting the first crystal and entering a snowy dimension, go to the platform where you defeated the enemies earlier. Accelerate to long jump to the platform to the east with a Blizon crystal, hit it and the bolt will appear.

Golden Bolt 2: after the first elevator ride you will enter an underground tunnel, the first room on the left contains the bolt. Hold on to the dimensional rift behind the half-open door.

Golden Bolt 3: in the underwater section at the only fork go right and try to climb a wall. At the top is the bolt you are looking for.

Golden Bolt 1: Once you reach the north-west part of the map, you will have to face the pirate trials. In the second room is a Grunthor skeleton, on its left side is a Glitch challenge, complete it to get the bolt.

Golden Bolt 2: Complete all the main objectives to get back in front of your ship, if you turn around you will see a portal that will take you to Mrs. Zurkon in the center of the map. Take the path to the right and land on a floating pirate ship. On the left side of this pirate ship there is an elevator, at the top there are two more holds. After landing, look to the right, the northeastern part of the map. There is a sandy island and some half-broken bridges leading to it. From here you have to use your hoverboots at full speed to jump over the broken bridges below, so you can come to this island and use a Speetle to take the left path over the water, the golden bolt is suspended on a ramp with explosives around.

Golden Bolt 1: After meeting Mrs. Zurkon, follow the path to the right and use the ghost dash through the checkpoints. In the far right (east) area is a gold bolt.

Golden Bolt 2: After saving Clank he is in the next outer area, in the upper right corner.

Golden Bolt 3: when you reach the caretaker’s office the window will be broken and you will have to go through it. Shortly after, you will reach a cell block with an ongoing riot. Check the cells to the left where you entered to get the final bolt!

That was all there was to know in our guide to Ratchet and Clank’s Golden Bolt: Rift Apart. For more information on the game, we refer you to our dedicated page, while for our review on the Insomniac Games title, here is our review.