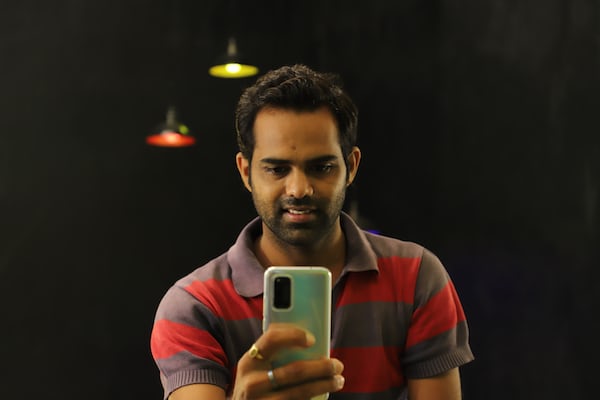 Over time, interactive stories have gained more and more strength. While some companies and studios have limited the possibilities with games known as “walking simulators”, there is a side that seeks introspection through what, in the eyes of many, are stories and characters that could not exist outside of video games. . It’s been a few years since QuanticDream Y David Cage, its creative head, owed us a new installment of this type. With Detroit: Become Humanseek to immerse you once again in a sea of ​​emotions.

Detroit: Become Human It comes at a special time for video games; As I was telling you, “walking simulators” are proliferating and the way stories are told has evolved, but with this, gamers are also looking for projects that raise the conversation around the importance of video games as a unique means of expression. heavy rain (2010) was a game that hardly anyone expected; In hindsight, it’s not a perfect title, but it did set a precedent for this genre of interactive storytelling. With complex characters, crude decisions and a murderer to catch, the yardstick to measure Beyond: Two Souls (2013) was way up; maybe too much.

From heavy rain we learned to live with the diverse perspectives of its characters, in chronological order, being able to be successful or not. In Beyond: Two Souls, cage and company took several risks that, although appreciated, lacked cohesion and was perhaps made up by their Hollywood approach by having actors like Ellen Page Y Willem Dafoealthough we did have a supernatural and even spiritual approach that we had not seen in Quantum Dream. I know all of this might sound repetitive, but I think it’s important that we take into account the nature of the studio’s previous and most successful titles in order to understand what it symbolizes. Detroit: Become Human.

THE PRISM OF THE SEARCH FOR FREEDOM

This is the story of three androids in a world where technology has displaced humans. If it sounds familiar to you, it’s because David Cage and the creative team have known that this is a double-edged sword. On the one hand, we have this almost perfect reality where androids help us in every step of our lives; they are laborers, fishermen, housewives, surrogate children, and even fulfill our darkest sexual fantasies. This is where the duality arises: Have we abused this synthetic life? At what point is the line that divides what is correct from what is reprehensible erased?

Having artificial beings that do all the “dirty work”, as well as being replaceable, has caused the wildest attitudes of humans to reach a new level… and for the worse. Detroit: Become Human has three faces for this adventure; on the one hand, Kara, a domestic assistant; then we have Connoran exceptional model expert in detective work, while Markus He is the caretaker of a famous and millionaire plastic artist. Each of them will face a situation that will make them decide if they want to free themselves from their inert state, how they want to do it, if they want to tackle it alone and, of course, the consequences this will have on the world. As if it were a “virus” in your system, cases are beginning to occur in which androids of detroit they rebel against humans, with deadly consequences, a situation that will lead them to the ultimate consequences.

On this occasion, QuanticDream is based on much of everything we love about heavy rain, which you can either love or hate to a certain extent in the game. This is reflected in a structure where you interact with certain elements, investigate, dialogues are unlocked and thus you can continue your progress. As androids that they are, they will be able to use their virtues such as strength, situation analysis and intelligence, because depending on the character, you will be able to know how unstable your position is regarding the problem; even make a simulation of the possible paths to take.

In addition to these interactions, we saw a lot, really a lot from heavy rain in Detroit: Become Human; David Cage does not abandon the theme of the rain, again we play in chronological order with the three characters and Connor plays detective in the style of the trilogy of Batman what Rocksteady Studios brought us a few years ago. I personally find it very nice that you can play this way, however, for several hours that feeling of déjà vu did not leave me; During this time, he kept asking me: And where is the originality? I do not want to say that it is an obstacle to enjoy it, but it is a very sure way to win the affection of all of us who play heavy rain.

There are elements that, as a lover of decision-based games, you will absolutely love; for example, after finishing a playable section with a character, QuanticDream It presents you with a flowchart of your decisions, showing you which ones you didn’t discover, which ones you unlocked, and whether it had a devastating effect on the overall story. The plot can be played in two ways, in Casual (which allows you to continue even if you “fail”) and Experienced (where the “failures” have serious consequences) being the first one that focuses on knowing what will happen.

In my experience, the optimal thing is to play it without looking for perfection, because each of the characters will find their way sooner or later. Kara it is the most tender, warm side that yearns for a family; She doesn’t think about a revolution or dominating humans, she just wants to be safe and surround herself with those she loves. Connor is an elite android, assigned to be the partner of a human in the investigations of the so-called “Deviants” (those synthetic beings that have rebelled) and who will have to choose a position. And what about Markus? Despite his supposed privileged situation, this will only make the fall so strong that he begins to lead an android revolution.

Again, there are moments in their stories where you’ll be timed, and if you don’t make the right decisions, you’ll walk away empty-handed. In this regard, I think QuanticDream did a great job of giving you a lot of tools and doing it in a variety of ways, unlike their previous games; this, in turn, leads to mixed feelings and bitter situations in which you won’t stop asking yourself, what did I do wrong?! But I think that, at the end of the day, it is a great success and that it denotes an exhaustive work on the possibilities, since there is a more complex panorama than you could imagine.

If you have been watching QuanticDreamyou’ll remember the two biggest demos we had before we knew what the heck it was Detroit: Become Human; I speak of Project Kara Y The Dark Sorcerer, which do make it to the final version of the game in some form. This is reflected in the character capture technology, which is impressive most of the time, though some scenes have very bad lipsync and I perceived them a bit anticlimactic. visually speaking, detroit it’s very close to perfection, although there were a few moments where the camera was very frustrating, despite the fact that you can make use of predetermined angles and that you can change with a single button.

I also had problems with some elements in the stages that were not well defined and interrupted my exploration; I know that this detracts from the experience in general, but they are details that subtract some points from your presentation. What do we find in the artistic aspect? Although it has a realistic, futuristic and somewhat dark theme, the amount of elements that the studio invested their time, blood and tears in is on point. It is very impressive notice how that attachment to reality is found in every corner; in the magazines there are topics that talk about nuclear wars, the android marriage debate, even the analysis on the possibility of having an android candidate for the presidency of the United States. We have buses and autonomous vehicles, drones that monitor the streets and, of course, segregation between humans and androids. In case you’re wondering, I played in a PS4 standard, so I didn’t get access to enhanced graphics or better performance. We have a Full HD project produced by the studio’s improved engine.

Perhaps this last one is one of the strongest points in the whole game and, with good reason, because We are talking about a project that seeks to question you and present you with a perfect reality, but that hides serious fissures. They say that we must learn from our history so as not to repeat it, but David Cage asks us, are we humans really so smart not to do it? The cycles have enormous probabilities to appear in any part of our history and, if they continue like this, Detroit: Become Human it is only a little of what we could experience in the very near future.

Near the last part of the game (shortly before the third act) QuanticDream leave behind the nostalgia heavy rain and it is there, my friends, where finally Detroit: Become Human shines by itself. Until that point, I hadn’t felt like the game had a true identity, but things happen fast and the roughly eight hours that my first playthrough lasted really grew on me. If at one time it seemed that cage I had only taken back the best of heavy rain, but using a different face, it asserts itself and reflects a maturity when it comes to telling stories. With this I mean that there is a deeper dilemma, a palpable debate due to the technological situation we live in and, speaking of segregation, inequality and ethics, it confronts you with monsters that, perhaps, you did not know lived inside you.

Detroit: Become Human sin with its resemblance to heavy rain during much of his adventure; on the one hand, he returns to the right path and the coherence that we lacked in Beyond: Two Souls, although on the other hand it is a play that does not seek to confront you during the first hours of the game. The controls, the character design, the characterization, the scenarios and the technical aspect of detroit They are a delight for lovers of interactive experiences and, in my opinion, vindicate this genre that has been tainted by the lack of complexity that other studios have abused (I’m looking at you, Telltale Games).

At the same time, David Cage and company will make each character, each face and each mission matter to you; so much KaraWhat Markus Y Connor they come from a different context, but if you are patient, you can take them to the moment they shine. I think the team did a great job on this interactive drama in addressing the issue of class division, segregation, and how it hurts that humans have no boundaries; it does make you reflect to what extent you would put aside your ethics to unleash your lowest desires.

In a time when the Artificial intelligence it is in our phone browser, it shapes our assistants and there are algorithms that decide what information we consume and what not, the role of the video game re-emerges among human expressions. For me, David Cagge is not some “frustrated film director”, but a creative who knows perfectly well that, without this interaction, stories like Detroit: Become Human they could not exist. Here is a political, social and artistic message ready to be enjoyed.