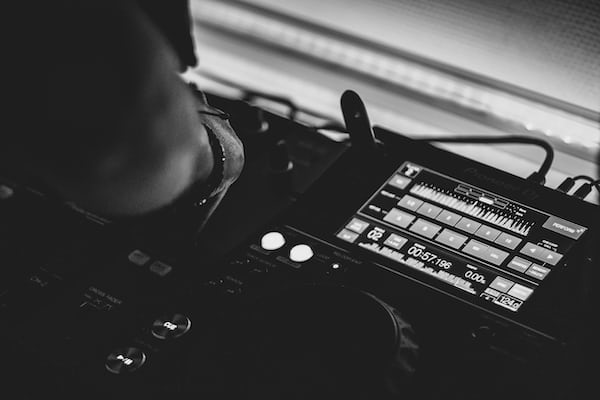 It’s amazing that Bethesda still finds a way to sell us Skyrim 9 years after the release of The Elder Scrolls 5th installment. Only this time it comes in a different presentation.

The Elder Scrolls Online, the MMO from Zenimax Online Studios enters its sixth year of life with Greymoor, an expansion that takes players to one of the most memorable areas of Tamriel, Skyrim. And although we could already access a section, Greymoor takes us to the eastern part of the region. Here we can find cities like Solitude, which is the place around which the whole story revolves. We can also visit other well-known cities and locations, such as Morthal, Blackreach or Dragon Bridge. As a fan of the series, I was excited to return to one of my favorite parts of the earth where the story of this universe created by Bethesda takes place. But let’s see if Greymoor manages to please someone who is a veteran of the series as well as new players.

a glimpse into the past

The new expansion of this MMORPG (Massive Multiplayer Online Role Playing Game for its acronym in English) takes place 1000 years before the events that we saw in TES V: Skyrim. Many of the conflicts, characters, factions or even cities that we saw in that title are not present. Certainly this may come as a bitter surprise to new players hoping to once again wander places they already knew and relive their adventures there. The only thing that remains intact here is Solitude, it’s an almost exact representation of what we saw in the 2011 title, but outside of that places like Morthal or Dragon Bridge, it’s just a few houses close to each other.

Another surprise is that there are no dragons in this expansion, instead the story revolves around other races that were important in Skyrim, werewolves and vampires. With the latter being the enemies to defeat to prevent the fall of the northern kingdom of Tamriel. Our role as adventurers is to help uncover the plans of a group of magicians who are gradually taking control of areas of the region using the inhabitants, turning them into a kind of zombie. Although the absence of dragons is notorious, political conflicts are still a key element, although the game lacks consequences for your choices, it is linear and will lead you to a single result, typical of the nature of the genre to which it belongs.

The story is well-written though unspectacular and lacks impact, which can be attributed to the lack of cinematics to deliver major events that have proven to be an excellent addition to an MMO, Final Fantasy XIV being one such example. Greymoor and all of Elder Scrolls Online would certainly benefit greatly from it. The voice acting is good, but unfortunately, it is a title that despite being on the market for 6 years, does not have a localization for players from Latin America and Spain. Putting up a wall for users who don’t speak English, French or German.

MMOs aren’t known for impressive graphics, after all, their worlds are huge and the number of players in one area can be massive. So saving resources is an inherent part of its design. What you can expect is a game with a graphic quality that is a little lower than TES V: Skyrim in some aspects, a game that is much more colorful and fanciful than the legendary Bethesda title. The recreation of this kingdom is good, but where it shines is in the new areas, Blackreach is a much bigger representation than we’ve seen before and the most interesting part of this whole expansion. Along with Greymoor Castle, this new area denotes superior quality compared to the rest of the world. What I couldn’t help noticing is thatBeing a world 1000 years before the events of the fifth installment of the series, the world feels empty in comparison.

Something that should be mentioned is that there are some visual bugs and glitches, textures that take a considerable amount of time to load, as well as others that never do, which are mainly terrain ones. So don’t be surprised sometimes to see patches of very low quality in the areas you are walking, which is very annoying.

Before I continue, I should mention that I started a new character for this review in order to put myself in the shoes of a new player, but I’ve also been familiar with ESO for a couple of years now.

The Elder Scrolls Online is a very different game from the other MMORPGs on the market. While other games require you to go through base stories or content from other expansions. ESO gives you new content from the start, thanks to a system where the game adapts to your character’s level as you progress so you can explore freely. It’s also different in that, just like the last installment in the series, you can upgrade pretty much any of your skills and be a mage, knight or archer, it’s up to you. Classes do exist though and I was surprised not to see any new classes in this expansion. And this is replicated in the mechanics of the game, the combat that characterizes this installment is practically intact. There are no significant changes to the formula that already exists within the game prior to this recent addition. Something to appreciate is the new tutorial which does a better job than the previous one in showing you how to use the weapons and abilities at your disposal. Greymoor concentrates on content, you can visit various areas of Skyrim, a few dungeons and there are new raids that will challenge your skills.

But if you are a new player, interested in this massive online role-playing game, I will quickly explain to you what ESO is all about. The system is very similar to what has been seen in the series, you have a base attack, which you have the freedom to choose since in the tutorial the game gives you the opportunity to use a bow, swords, axes or staffs magic to see what suits your style best. You have active and passive abilities, the passive ones are mainly used to improve your character’s resistance to certain attacks or conditions and the active ones are used to deal damage or recover your health. One difference between this title and others in the genre is that the cooldown on skills is very short or nil, which allows you to use them constantly as long as your stamina or magic allows. To level up armor mastery, weapon usage, or skills in general, you’ll need to use them. But its system is peculiar in the sense that you can switch from using 2-handed weapons to bows at any point and start to master its use. Each level you climb will give you skill points to unlock or evolve the ones you have already acquired to improve their effects. You are also given upgrade points to distribute between health, stamina, or magic. And some extra reward like weapons, materials, among other things. That is, roughly speaking, ESO’s combat and upgrade system.

Although, as I mentioned, the mechanics do not change much with this expansion, there is an element that was rebuilt, vampirism. It has different levels that will give you access to new passive and active skills that can make you an unstoppable force but at a cost that balances the weight of being aggressive very well. Their benefits are contrasted with the time you have to wait to activate them, the lack of auto recovery of health, or even the fact that some NPCs are unwilling to interact with you. The vampire skill tree change comes with new attack animations that look aggressive compared to what was previously there. This is one of the most enjoyable changes in the game, if you want to be a vampire, if not, you’ll miss out on a lot of what Greymoor has to offer in one of the classes that needed polishing the most.

The story unfolds over around 20 hours in which the missions, I must admit, will feel repetitive. With some boss encounters that are going to be challenging if you’re not prepared, but as demanding as they can be, they can feel extremely easy. And I mean all the matches, from start to finish, can feel lacking in difficulty if you have played this title before. Luckily the storm encounters that appear throughout Skyrim, called Harrowstorms, are going to require multiple players to band together to take down the monsters that spawn within them. These battles will reward you with the necessary loot to create new armor pieces, potions, enchantments, among many other things that the creation system of this game provides to its players. and heThe new dungeons will require you to prepare yourself and make use of your alliances or some friends. But the game never prevents you from venturing alone into them and coming out on top.

A new element is archaeology. This new addition allows you to navigate the lands of Skyrim in search of antiquities that you must unearth through a mini game, you are the Indiana Jones of Tamriel. This is an interesting new way to motivate the player to explore the area and rewards a considerable amount of loot if you take the time to locate the different dig areas that are hidden in the corners of the kingdom.

To be honest I was looking forward to going back to Skyrim, TES V is one of my favorite games and I’ve spent a good amount of hours playing The Elder Scrolls Online over the years it’s been on the market, but I’m left with the feeling of that several elements were missing to make this installment something that would raise the status of this MMORPG.

The story presented in Greymoor is good and is perhaps the best within the expansions that this game has delivered. While Harrowstorm and this Solitude story arc are the first act within Dark Heart of Skyrim, which will be developed throughout the year, as an opening it left something to be desired. And while it promises to deliver new dungeons, events, and new story elements, Greymoor right now for veteran players feels a bit lacking in new things that push the game beyond its limits. Also, on the other hand, it is important to mention if you are a new player, a large number of primary and secondary missions await you along with other areas to explore.

Bugs can break the experience, as apart from visual glitches, sometimes some enemies will be impossible to damage or kill and others may ignore you completely. The side quests, while repetitive, can deliver a lot of story, which is to be expected from a game in this series. is marred by bugs and glitches present, performance issues in busy zones, and other small details that make it feel like they could have waited a little longer for release.

While it’s enjoyable throughout its 20-hour story, or around 30 if you count side quests, it doesn’t generate the level of excitement or surprise that an expansion that makes use of the Skyrim name to attract new and old players deserves. We will have to wait to see how Dark Heart Of Skyrim develops through this year and see the conclusion of this chapter of the Zenimax and Bethesda MMO.