Snowpiercer 2 – Review of the second season of the Netflix series 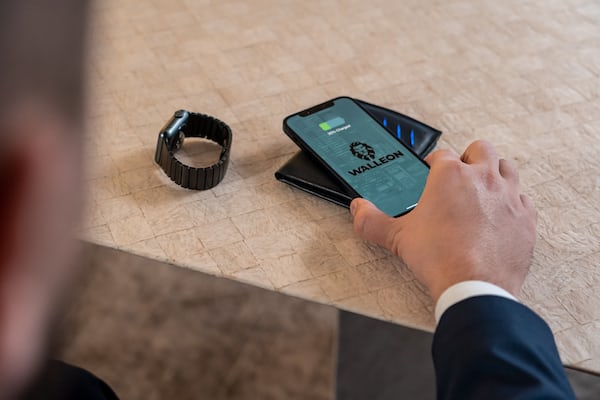 Snowpiercer 2 – Review of the second season of the Netflix series

The adventures of the mysterious perpetual motion train that separates humanity from extinction continue, here is our review of Snowpiercer 2.

A world destroyed by frost. A long train more than a thousand carriages, which for seven years has been marching on a path around the globe, without ever stopping. On board the train are the last human beings left on Earth, engaged in the most difficult task of their existence: to survive. These are some of the pillars on which the second season of Snowpiercer, series produced by Netflix and set in a post-apocalyptic scenario in which the environmental conditions of the planet are disastrous and survival is tied to a very thin thread. Snowpiercer 2 was offered to viewers one episode at a time, week after week, and today the wait to see the coveted finale is over, we are here with our review to tell you about it. Snowpiercer is a prequel to theeponymous film released in 2013, and both are based on the French graphic novel Le Transperceneige, conceived by Jacques Lob and Jean- Marc Rochette. We therefore present our Snowpiercer 2 review.

The first season of the series had left us with bated breath, following a battle for the conquest of equal rights for all train passengers. Andre Layton (Daveed Diggs), a founder who managed to get on the revolutionary means of transport for the broken cap and without a ticket, fought to bring those who were relegated to the decadent carriages of the fund to the head of the Snowpiercer, having failed to pay the exorbitant price to be able to travel first class. There division between social classes it was profound and almost irremediable. The luxurious first-class wagons stood out as royal homes for privileged families, where the poorest were crowded at the bottom, in poor sanitation and almost nothing to eat.

The season opens with two main themes. On one side stands Layton, the new leader of the Snowpiercer, ready to give himself to keep peace and equality aboard the train, destroy the privileges of the richest and achieve an egalitarian situation for all; on the other hand, someone totally unexpected appeared on the scene. Let’s talk about the Mr. Wilford, the visionary creator of the perpetual motion train that is saving humanity, hitherto believed to be dead, who has managed to board a second much shorter compound train, the Big Alice, surviving for seven years and finally attaching itself to the bottom of the Snowpiercer after reaching it with a skillful maneuver.

Melanie Cavill (Jennifer Connelly), who for years carried on the white lie of Mr Wilford’s presence at the head of the train, was exposed and had to give up his place to Layton and his ideals, preparing for a Revolution total train administration system. In the final episode of the first season, someone who she believed she had lost forever appears on the scene: her daughter Alexandra, also a guest of the Big Alice and an important presence in this second phase of the story. With the cry of “one train”, Layton is ready to keep the train united in the face of these new, bewildering extras. The goal of all passengers is, in fact, survival, and only collaborating you will be able to not succumb. But will Wilford be of the same opinion?

Mr. Wilford is the showpiece of the season, played by a magnificent Sean Bean, and voiced by an equally superlative Luca Ward. The character has a strong impact on the people he meets, and has many supporters bordering on fanaticism. Its goal is claim possession of the Snowpiercer, his most important creation, and to return to being its absolute owner. However, now on the “throne” sits Layton, driven by a strong sense of justice and unwilling to give way to those he considers a tyrant.

The contacts between the Snowpiercer and the Big Alice are complicated and continue throughout the season. The first is a train consisting of a thousand carriages (although 994 remained after the rebellion), which owns entire agricultural departments and of farm livestock, able to feed passengers, while the latter is decidedly less equipped, consisting of only the sun forty carriages, with people on board who haven’t had a decent meal in seven years. The bargaining chip between the two trains, however, can still be found. Big Alice has a lot to offer, and Wilford is aware of this and is ready to weave his web to get the Snowpiercer back.

Wilford’s plans are complex and subtle, and are articulated episode after episode, becoming increasingly mean and difficult to identify. Those who have already had anything to do with him, such as Audry (famous singer of the night carriage) or Melanie, know what he is capable of, while others cannot even imagine it. He is able to convince people to follow him, to charm them to make them obedient servants, to kill those whom he considers obstacles without looking back (even if it is a question of having to execute his own men). Its goal is the engine that moves its every action. He wants the train, and that’s the only thing that matters.

To survive Mr. Wilford, you just have to be something he needs.

Change is on the agenda this season. Many characters will change their thinking and alignment, starting to see the Snowpiercer in a different light and embracing the cause of Layton. However, others will decide to support the return of Wilford who, as the creator of the train, is seen as the only savior capable of advancing the survival of the human species.

Yet another, deeper and more important change is in the air: the possibility of a start of thaw. The main problem of train passengers is that they cannot venture outside. Extreme temperatures have destroyed all life, and the survivors are tied to the Snowpiercer, who must keep moving to keep the systems running. warm up. But a rise in temperatures could be the beginning of a new colonization of the planet. For Wilford, abandoning the train is not an option: how could he be the master of the world if his world were destroyed? But is the climate really changing?

During the first season we had witnessed the foundry battles to reach the leading carriages and begin to be considered as people, and no longer as insects to be crushed or exploited. The conflict that unfolds during the second season is different, but similar in some respects. The inequalities present on the Snowpiercer are, in fact, too deep and rooted in the minds of the passengers to be canceled by the hand, albeit skilful, of Layton. Many things are about to happen on the Snowpiercer, along one thousand and thirty-four carriages.