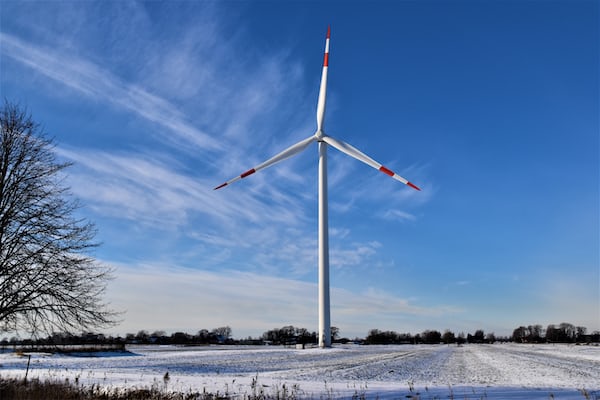 Here is our review of The Woman at the Window, the new thriller starring Amy Adams coming to Netflix on May 14th.

Unfortunately, we all know the impact the current pandemic has had on the entertainment industry. There are really many films, TV series or video games that have suffered severe slowdowns in their development, and also The woman at the window it is part of the latter. After a very troubled production, the title will arrive on the streaming platform Netflix the May 14, 2021, exactly one year after its original release date, scheduled for 2020 in cinemas.

Based on the 2018 novel of the same name by Dan Mallory (although he signed it under the pseudonym of AJ Finn), the screenplay for the feature film was written by Tracy Letts (Killer Joe, Osage County Secrets), while directing can be found Joe Wright, known primarily for Pride and Prejudice, Anna Karenina and Darkest Hour. The film also boasts an exceptional cast, which features actors of the caliber of Amy Adams, Gary Oldman And Julienne Moore. The woman in the window will be available on the Netflix streaming platform from May 14, 2021 but we have had the opportunity to preview it, so here is our review.

The woman at the window: a journey between reality and fiction

Let’s start this review by saying that The Woman at the Window stars Anna Fox (Amy Adams), a child psychologist suffering from a severe form of agoraphobia. This prompts her to live locked up in her New York apartment, using the internet to minimize her contact with the outside world. But this singular conception of what is outside the walls of her home prompted her to develop a morbid relationship with her camera, which she uses to spy on her neighbors.

These, in a sense, are the only contact that a woman continues to have with the outside world and with reality, and observing their “normal” lives and their daily life manages to make her feel part of something she currently sees. as unattainable. It could be said that, rather than telling the story of Anna Fox, The woman at the window places hers as the main elements of the narrative mental health conditions. The real protagonist of this unusual tale is precisely the agoraphobia that Anna has been suffering from for about ten months, a disease that prevents her from setting foot outside the house and that makes her life impossible. A kind of physical and psychological prison in which she is imprisoned on her own initiative, and in which the latter spends her days, between a glass of wine and a dose of psychotropic drugs.

His slow and lonely everyday life is interrupted by the arrival of the Russels, who have recently moved into the house next to his. A mother, a father and a teenage son. A seemingly normal family, which Anna looks at wishing she could achieve that happiness again, after the estrangement of her husband Edward (Anthony Mackie) and her daughter Olivia (Mariah Bozeman). After having a severe panic attack due to her condition, the protagonist makes the acquaintance of her new neighbor Jane (Julianne Moore), an enigmatic and fascinating woman. Immersed in her usual intrusions into the homes and intimacy of her neighbors, Anna imposingly witnesses the brutal murder of Jane, at the hands of her husband Alistair (Gary Oldman).

After using all her might to try to target police suspicions in the victim’s husband, she uncovers a disturbing detail, which will cast doubt on everything she saw from the window. While she is testifying, in fact, Jane Russel enters the room, but her appearance is very different from that of the person Anna remembered and saw die. Anna is to all intents and purposes alone and an alcoholic, and her testimony is hardly taken into consideration due to her health conditions and the constant intake of psychiatric drugs. From this moment on, a continuous and terrifying descent will take place in a mental abyss, in which reality and fiction will constantly intertwine, fueling the viewer’s doubts. What really happened in the house next to hers? Was what he saw real or did it just happen in his imagination?

A thriller that winks at Alfred Hitchcock

As we have already anticipated previously in this review, The woman at the window makes Anna’s mental health the real protagonist of the narrative. A thriller that starts very slowly, but which still offers us the time necessary to enter Anna’s mind and to empathize with her and with all those difficulties that prevent her from living normally. All this is emphasized by the wonderful interpretation of Amy Adams, perfectly able to demonstrate the weaknesses, the frustration and the unease of the main character.

We are faced with an enigmatic, psychological and thriller full of twists, in which the viewer’s doubts and questions continue to be fueled throughout its duration. From this point of view it is impossible not to notice the clear quotes and references to some masterpieces of American cinema and, above all, to the works of the “master of the thrill” Alfred Hitchcock. Unlike the master’s works, however, The woman at the window does not always manage to fully capture the attention of the audience, and from a cast and a creative team of this caliber perhaps we could have expected something more.

Despite its mistakes, The Woman at the Window nevertheless remains an extremely interesting product, with a pressing narrative and a overwhelming pace. The thriller manages to thoroughly investigate the complexity of the protagonist’s psyche, analyzing its limits and causes, in order to be able to immerse the spectators in an ever-growing spiral of doubts and questions, which can only find clarity at its end. . The final twist is not particularly original or innovative, but it is the whole path that is troubled and at the same time absolutely convincing. All events are experienced with a constant feeling of uncertainty. We are never sure that we are faced with the truth, as everything will be filtered out from the way in which Anna lives those situations due to her particular condition. This helps to make the narrative decidedly intriguing and to keep us glued to the screen. What really happened in the Russel house?